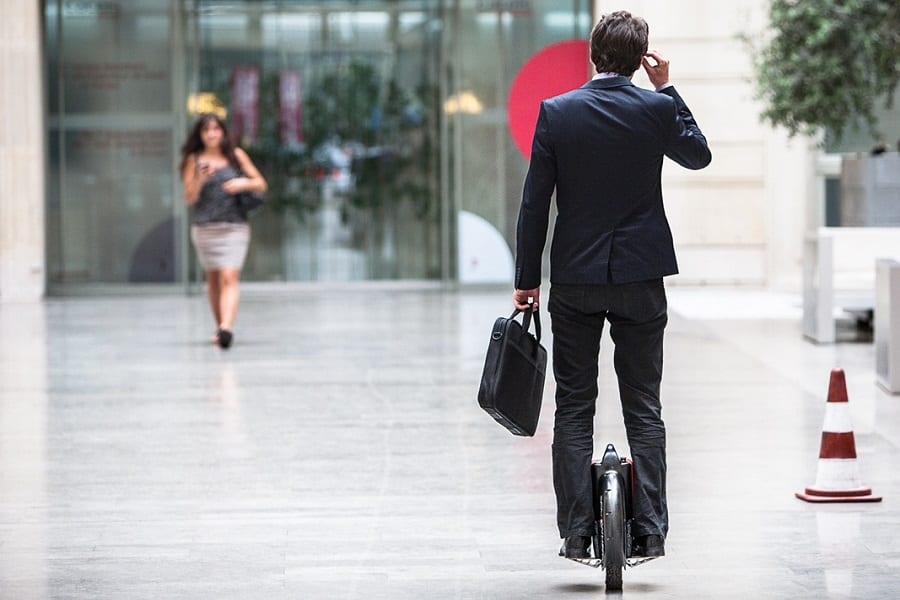 Electric unicycles might just be the coolest thing to pop up in the last ten years.

You’re seeing more and more of these pop up everywhere, usually in city commutes.

Manual unicycles are hard enough to learn, but electric unicycles come with added weight, dynamics, and an entirely different feeling when you’re riding them.

The learning curve ahead is steep, but once you master it, you’ll be able to cruise anywhere without nervousness.

Total and complete control over this compact commuting method.

There’s a lot to learn on how to ride electric unicycles, so we’ll keep it short and sweet so you know what to expect, how to practice, and then leave the rest up to you.

How Are Electric Unicycles Different From Bicycles?

There are a few distinct differences.

If we are talking about electric bicycles here, then some things are going to be the same—electric-propelled motor, pedal system, things of that nature—but the speed is where the biggest difference is.

Let’s go over everything.

It might surprise you to find that a lot of electric unicycles can outpace many electric bicycles.

There’s a lot of drag and weight placement on electric bicycles, where you’re applying pressure to different portions of the bicycle frame, forcing the motor to work harder or easier depending on where you are.

With an electric unicycle, you’re either sitting or you’re bending your knees, maintaining the same center of gravity the whole way through.

It allows for consistent rides, and because the motors are generally as powerful as electric bicycle motors, they end up pushing you farther because there’s less physical weight getting in the way, meaning less drag.

I say way cheaper, but a quick search will show you unicycles that are cheaper than bikes, so you might be asking what gives: it’s all about quality.

Why? It needs to hold onto more weight and still be able to perform properly.

Riding on a bicycle is just vastly different from riding on a unicycle. Your center of gravity is the biggest change—the point where you feel yourself balancing.

If you tip back in your chair right now and feel it hit that point of no return, and then your instincts take over and you lean forward again.

That’s your center of gravity; the part in your body, which is usually in the chest for men and the lower abdomen for women, which tells you it’s time to move or you’ll fall.

Finding your center of gravity or COG on a unicycle, manual or electric, is difficult. It’s a learning curve, but it takes time, diligence, and patience. Getting frustrated will not help you here.

It’s a balancing act (no more horrible puns, I’m sorry). You can let go of the pedal on an electric bicycle and just cruise, letting it take you where you want to go, and that’s the beauty of it.

If you glide and let your electric bicycle take you, greater distances can absolutely be achieved.

How Long Does It Take To Learn How To Use An Electric Unicycle?

The first thought people often have is, “Well this has to be easier than a manual unicycle, right?”, but it’s a little more complicated than that.

With a standard unicycle, you don’t have to worry about the weight of the unicycle so much.

The frame is light and rather easy to maneuver by just moving the inside of your shins against it.

But an electric unicycle is extremely heavy in comparison. They average from about 22 lbs up to 35 lbs, and sometimes more.

That doesn’t sound like a whole lot, but when it leans against the inside of one of your legs, it feels like a bulldog is trying to run through you and won’t stop for anything.

There’s a steep curve when trying to get used to this.

On average, you can expect about forty to fifty hours to get fully comfortable with your electric unicycle.

What I mean by that is being so comfortable that you can hop on without feeling like your footing is off, or feeling like you aren’t going to be able to hold your balance.

You just get on, feel like you’re in your element, and that’s it; you’re good to go. That’s what can take some serious time to achieve.

What Type Of Protective Gear Do I Need To Wear?

These can get pretty fast, so you’re going to want to protect yourself thoroughly.

Electric unicycles already look a little bit odd, but when you add all the different ways you can fall off of them and get hurt, the list is pretty long.

To safely ride an electric unicycle, especially at its highest speeds.

The Most Unique Way To Get Around

Take your time learning balancing, weight shifting, and of course, just getting used to what it feels like to have a gliding wheel zip you around from point A all the way to point Z.

Electric unicycles are a funky invention in and of itself, but once you learn how to tame them, you’ll have the ride of your life.

Mastering your electric unicycle helps you make the most of the battery life, and it’ll have you discovering some quick ways to get to work that you wouldn’t be able to do on the bus or train. 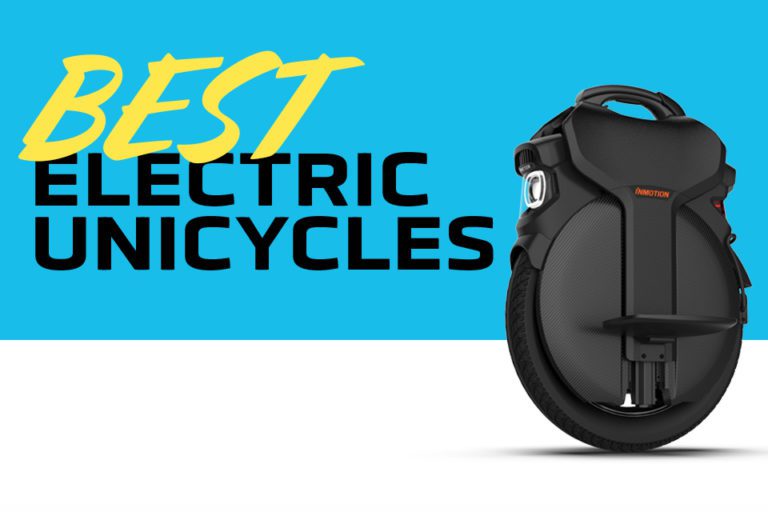 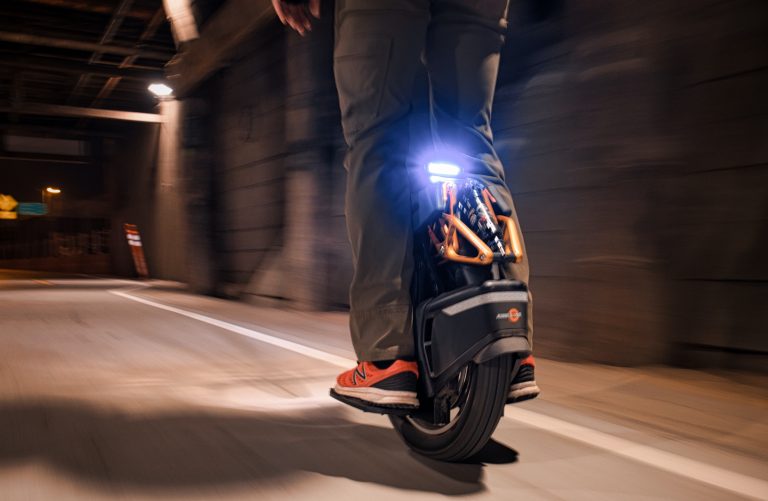 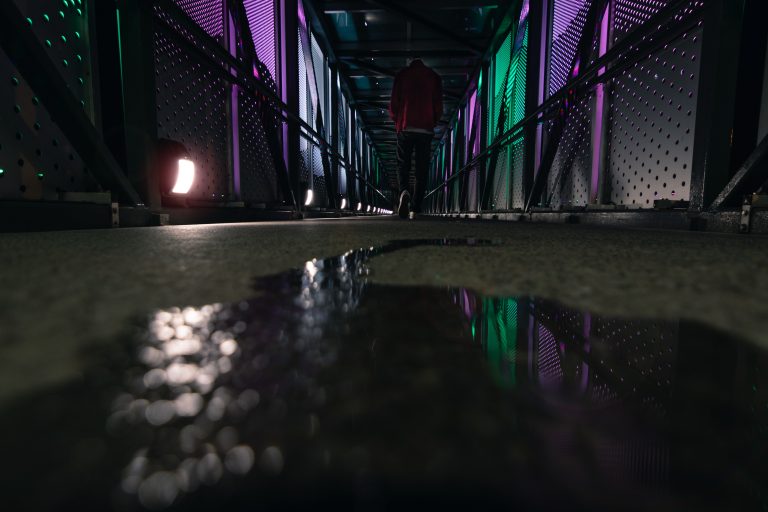 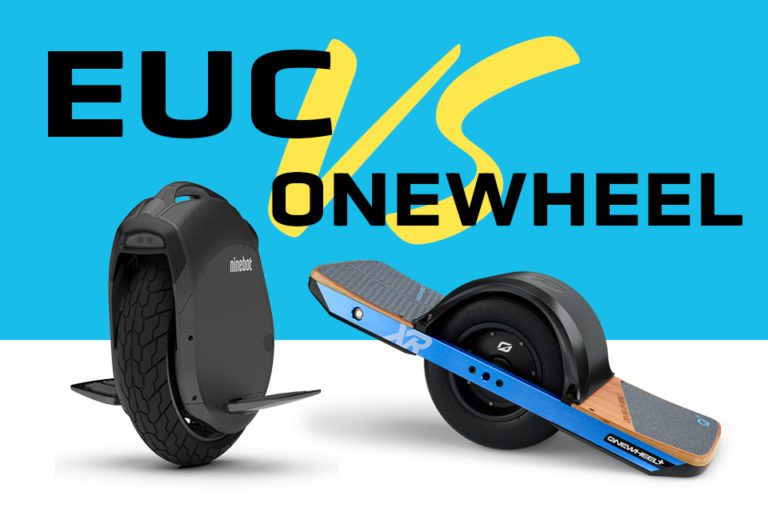 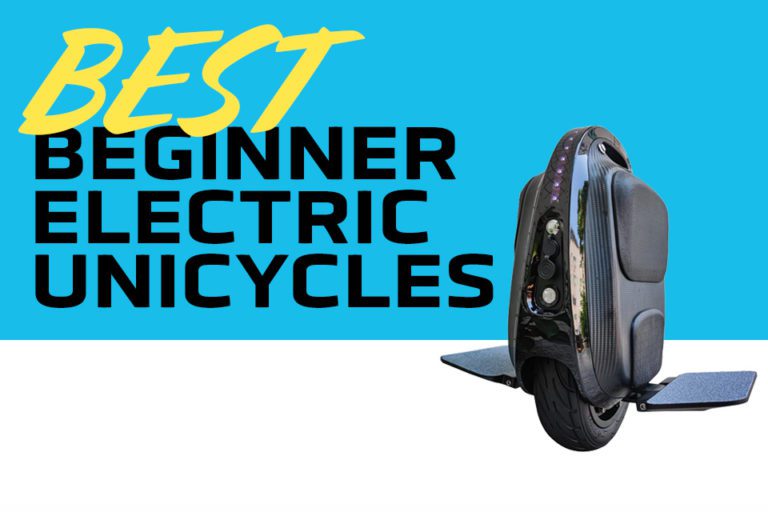 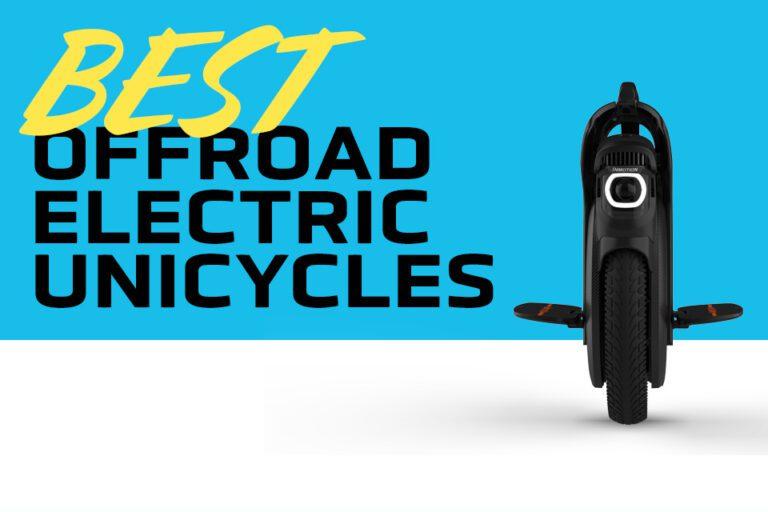 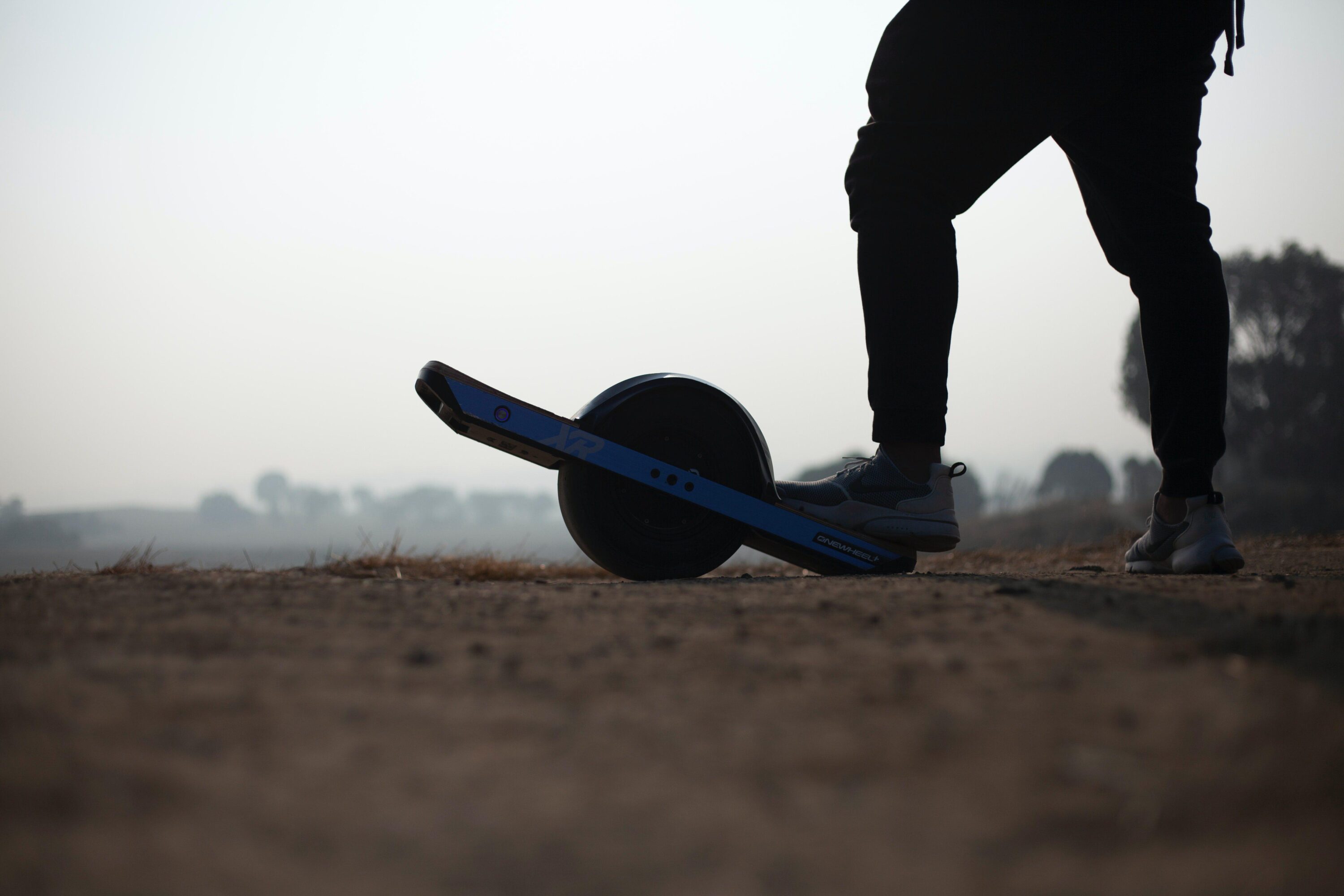